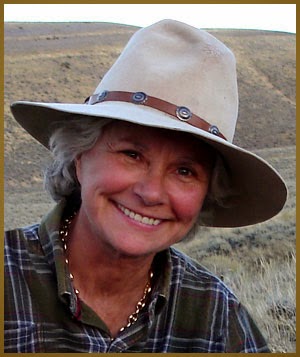 Sandy Scott received her formal art training at the Kansas City Art Institute and later worked as an animation background artist for the motion picture industry.  She turned her attention to etchings and printmaking in the 1970’s and to sculpture in the 1980’s.  Born in Dubuque, Iowa in 1943 and raised in Tulsa, Oklahoma, she works today in Lander, Wyoming in a studio near the foundry that casts her bronzes.  She also maintains studios on Lake of the Woods, Ontario, Canada, and in the mountains of northern Colorado. Sandy is an avid outdoorswoman who loves to hunt and fish.  In Canada her friends Dave and Michelle Beaushane who own Nestor Falls Fly-In Outposts frequently fly her and Trish (her long time friend who manages the business end of things) to remote lakes and portages north of Kenora, Ontario.  She has made 16 trips to Alaska and has been to Europe, Russia, China and South America to visit the world’s great museums. She believes that to be a good artist, artists must conduct field work to know their subjects and accurately present their subjects to the viewer. Her work is certainly authentic. She has experienced and lived what she depicts. 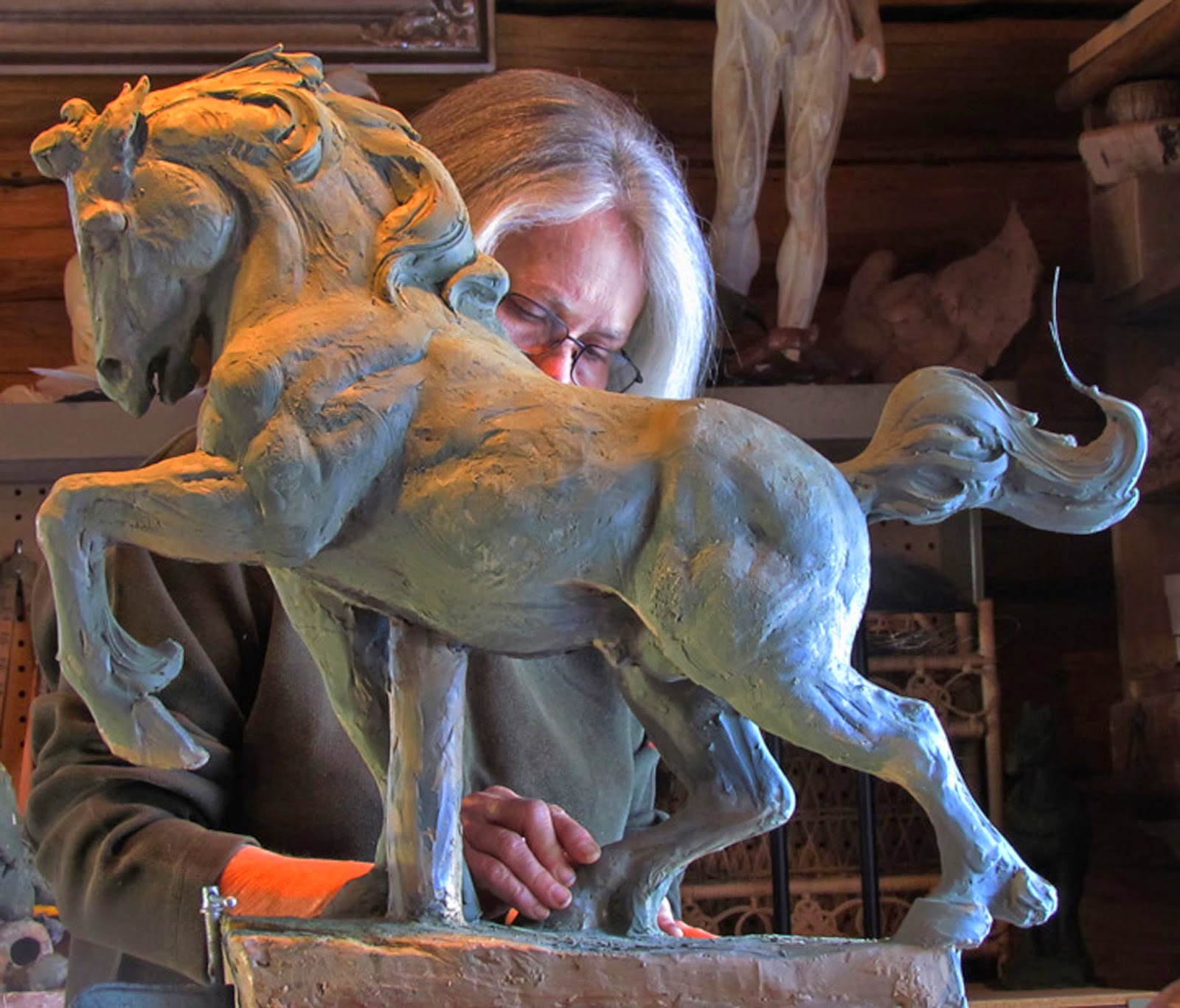 A lifelong interest in aviation has been invaluable to her work as an artist.  A licensed pilot for almost 50 years, Sandy says, “I believe my knowledge of aerodynamics has been helpful in achieving the illusion of movement in my bird sculptures.” Her knowledge of aerodynamics was particularly evident in Mallard Duet, a sold out sculpture that  won the Ellen P. Speyer Award at the National Academy of Design in New York.  This sculpture is in the permanent collection of Brookgreen Gardens and the National Museum of Wildlife Art.

Sandy’s father raised and bred quarter horses and ranched in northeastern Oklahoma which instilled in her a love and knowledge of horses and animals.  Sandy has a beautiful Morgan gelding that she used as a model for her powerful truncated equestrian sculpture entitled “Equus Found Fragments” which recently won the coveted Award of Excellence at the Society of Animal Artist Annual Exhibition.

When asked what influenced her work most she replies, “First was the time I spent at the Kansas City Art Institute, it opened my eyes to the fundamentals of art and imparted a life long interest and
love of art history; second was my trip to the north country and Lake of the Woods when I was a kid, it introduced me to what would become a never ending source and inspiration; third has been teaching workshops: teaching is an ongoing discipline – I’ve learned and continue to learn through teaching.”

Sandy is on the teaching staff of the Scottsdale Artists' School, the master sculpture workshops at Brookgreen Gardens, and the Tucson Art Academy.  She is an elected member of The National Arts Club, New York and the Society of Animal Artists, a fellow in the American Artists Professional League, an elected signature member of the National Sculpture Society, and an elected Trustee at Brookgreen Gardens.
In 1998 the Gilcrease Museum honored her with a retrospective. At that time a book entitle Spirit of the Wild Things – The Art of Sandy Scott was published.  Her work was featured in the book titled The American Sporting Print – 20th Century Etchers and Drypointints by John T. Ordeman; and in the recently published book; The Red Fox in Art” by John Orrelle.  She has been featured in several magazine articles, including: Western Art Collector; Southwest Art, 10 Most Prominent 2012; Art of the West; and Persimmon Hill.

Posted by JohnAgnew at 9:43 AM