Several Society of Animal Artists members recently attended the opening of the SAA's Special Show "The Kingdom" at the beautiful Midland Center For The Arts in Midland, MI. As with all of our SAA shows or exhibitions, this current show is comprised of a group of strong, well rendered artworks, that delight and at times emotionaly move the viewers.

"This selection of artworks comes from members of the world’s oldest and most prestigious international animal art organization. These juried works feature diverse species and habitats from artists around the globe. From the commonplace to the rarely seen, from the abundant to the endangered, the artwork depicted will engage and bestow upon the audience a greater appreciation and awareness of the species with whom we share our planet." ~Midland Center For The Arts 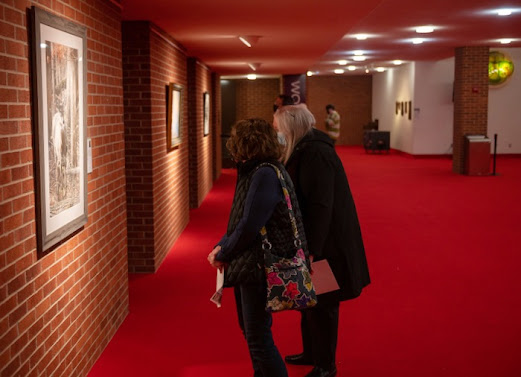 Attendees admiring the artwork
Although there was only a small group in attendance for the opening, due to current situations with COVID, it was a lovely one with culinary delights, and an entertaining talk given by SAA artist Kim Diment, as well as a chance to enjoy seeing the artwork in person. 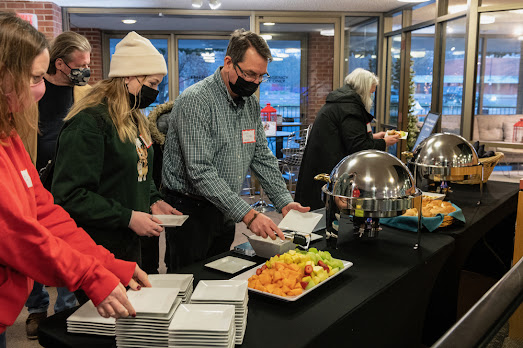 Six of the SAA artists that were in attendance and had works in The Kingdom are shown below with their artwork. You can view the entire show online HERE 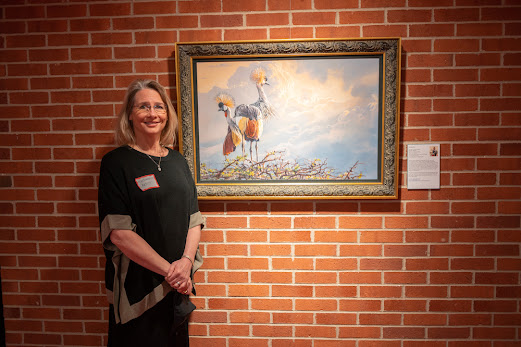 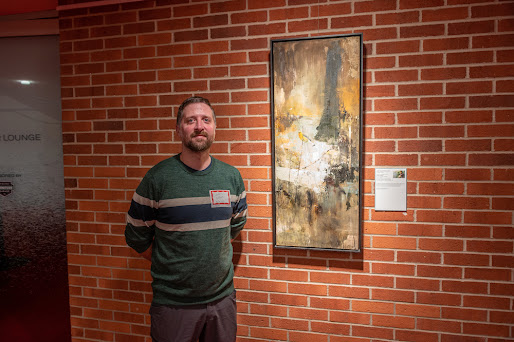 Justin Kellner ~ "Listen for the Prothonotary at Maple River" 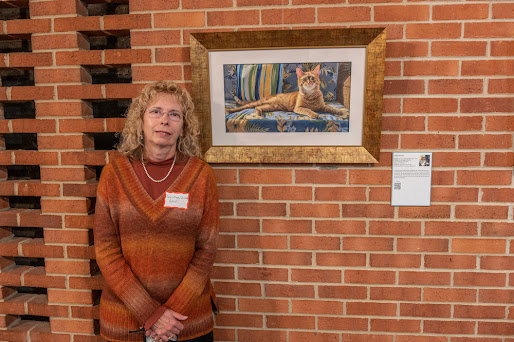 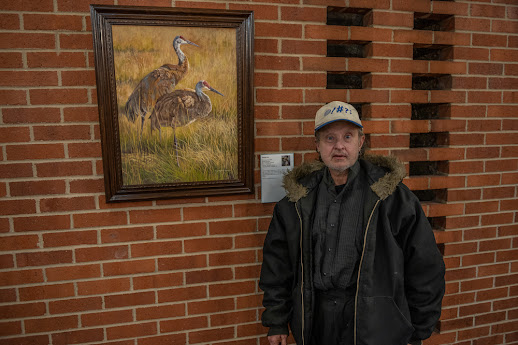 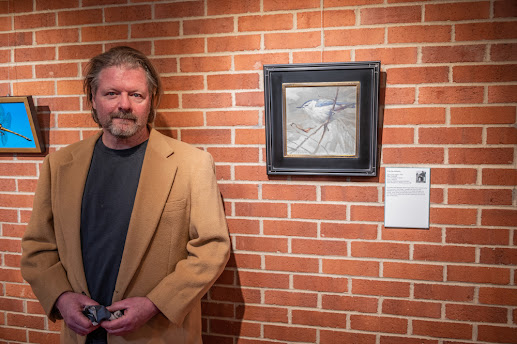 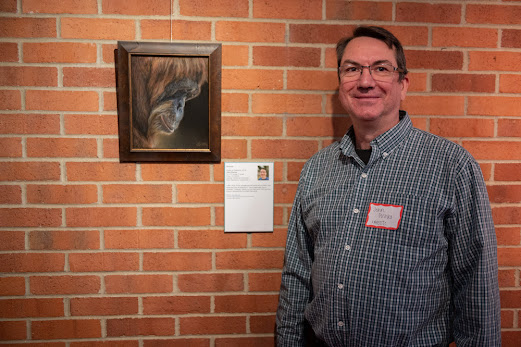 John Plishka "Dreamer"
The Society wishes to extend their heartfelt thanks to the Midland Center For The Arts and Regina for hosting this exhibition, which can be seen now through January 16th 2022.
Read more »
Posted by Wes and Rachelle Siegrist at 2:41 PM No comments: