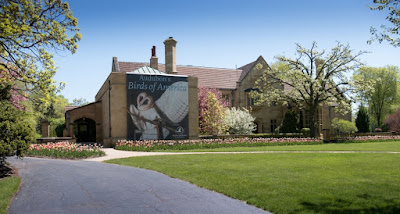 The stately Paine Art Center and Gardens, located in Oshkosh, Wisconsin, is presenting a  broad, representative selection of original, hand-colored plates from Birds of America, produced by John James Audubon, as is featured exhibition for the Summer of 2016.  Colloquially known as the “Double-Elephant Folio” because of its large size, Birds of America took over a decade to be printed and colored (1827 - 1838).  Upon completion, it comprised 435 life-size, hand-colored plates.  Birds of America subsequently became the most celebrated work of American ornithology in art history. 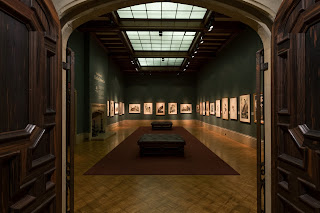 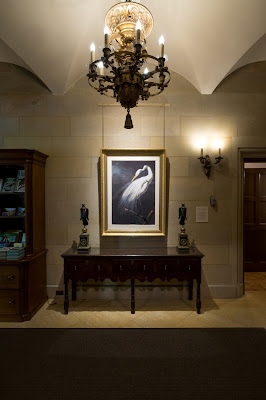 In 1820, with little more than art supplies, a gun, and a young assistant, Audubon set out down The Ohio River to discover and paint American birds.  Using watercolors, pastels, and various other media to create dramatic, life-like compositions of birds in their natural settings, Audubon focused on individual physical characteristics, as well as behaviors and habitat.  Audubon's remarkable undertaking ultimately resulted in over one-thousand paintings documenting more than 450 species of birds. In 1826 Audubon partnered with the preeminent, Scottish printer of the day, William Home Lizars, to bring his paintings to market as prints. 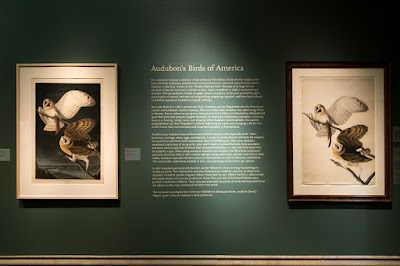 But this relationship was short-lived due to a strike by colorists.  When word of the strike reached Audubon in London, Audubon approached fifty-eight-year-old Robert Havell, Sr., a reputable but not particularly well-known printer. At the time, Havell was about to retire.  Havell accepted Audubon's project but only on the condition that his son, Robert Havell, Jr., be the one to incise the copper printing plates and over see production.  The rest is history.  Some 200 full sets or so are thought to have been printed and published in Audubon’s life time.   Their rarity and extraordinary quality of workmanship have contributed to a seemingly insatiable demand by collectors, and values which have increased steadily over time. 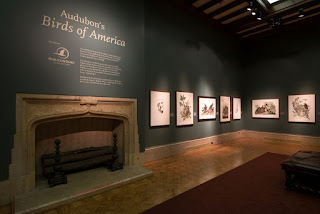 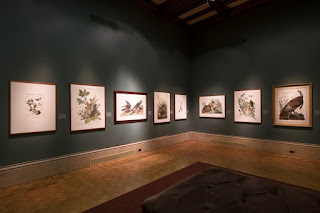 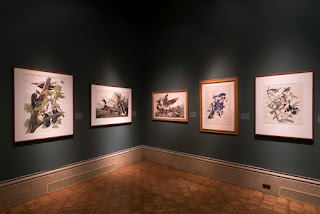 The particular collection assemble at The Paine was selected by Curator, David J. Wagner, Ph.D., who authored American Wildlife Art which features a chapter on Audubon, to reflect the breadth and depth of Birds of America, and some of Audubon's very strongest images.


Lenders to the exhibition include the John James Audubon Center, Audubon’s historic, homestead at Mill Grove, PA, the Milwaukee Public Library Rare Books Collection, the James Ford Bell Museum of Natural History at the University of Minnesota, the Peggy Notebaert Nature Museum in Chicago, and Joel Oppenheimer also in Chicago.

Posted by JohnAgnew at 3:25 PM No comments:

Opening of Art and the Animal 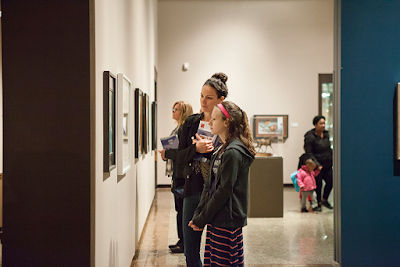 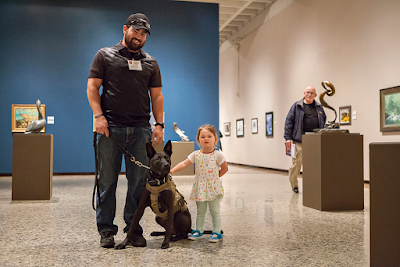 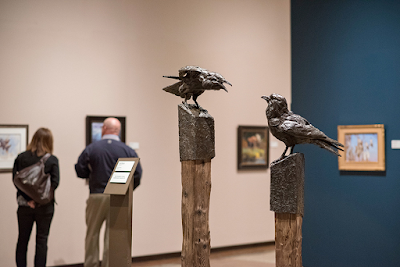 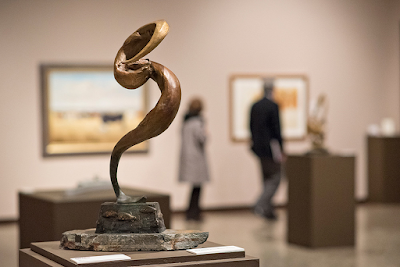 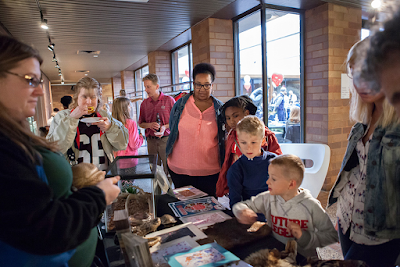 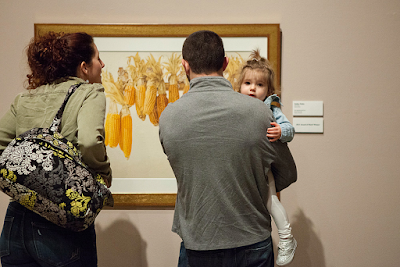 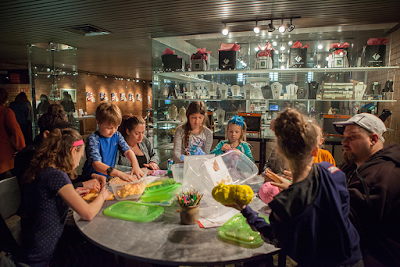 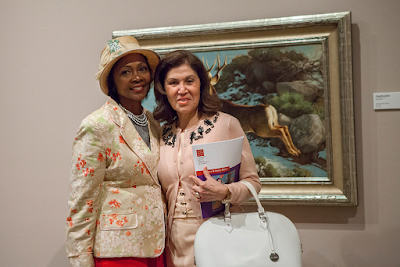 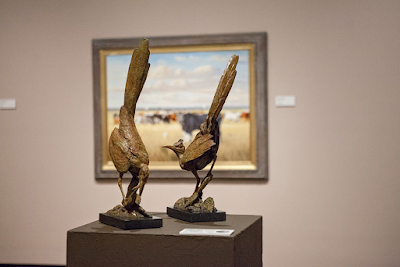 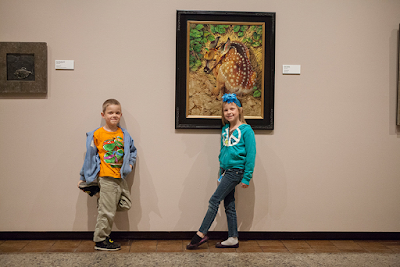 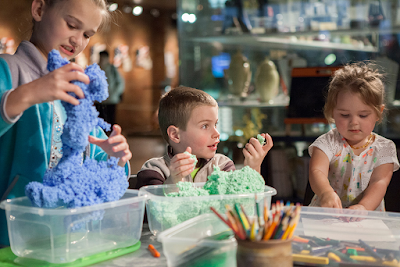 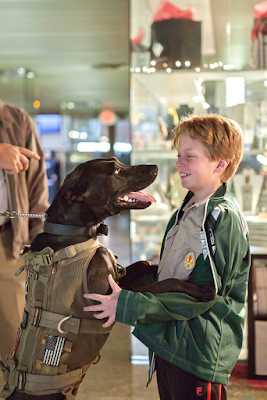 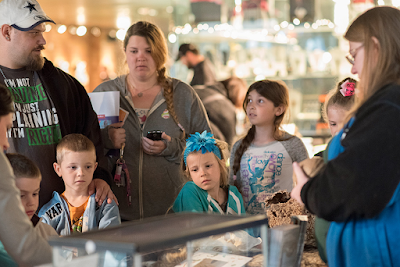 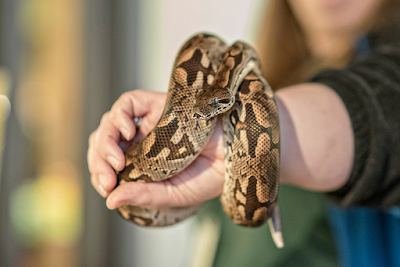 Art and the Animal is the tour of selections from the annual juried exhibition of members of the Society of Animal Artists. The Tour Director is, David J. Wagner, Ph.D   http://www.davidjwagnerllc.com/

Posted by JohnAgnew at 11:23 AM No comments: