Meet The New SAA Board Members

Introducing the 2019 Incoming Board Members 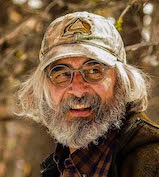 Greg Beecham who resides in Dubois, Wyoming, has been an SAA Signature Member since 1992, and has been an artist for over forty years. His favorite part of the creative process is being out there in nature with the critters, letting them tell him what to paint. Spending time outdoors, while simply watching and listening, serves as inspiration for new ideas. The painting process itself for Greg is very difficult, and to call it fun would be deceptive, he says. Not being able to accomplish what he had envisioned to do, often makes the painting process discouraging for him.
He believes the question, "What is your favorite subject to paint?" is really the wrong question. For Greg, a new exciting encounter while exploring in the wild, regardless of species, is often the impetus for a new painting. New experiences for him usually trump old ideas. When asked about hobbies, he states that the process, beginning with critter time, then designing and executing the paintings is his passion. He hikes, hunts, snowshoes, rides horses and photographs, but feels there is little need in his life for another hobby.  Greg enjoys teaching and has taught both art workshops and adult Sunday School for many years. He and his wife, Lu, are proud of their two grown children and love to spoil their granddaughter, Aspen. 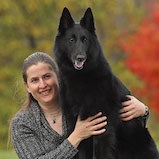 Cathy Sheeter who currently resides in Aurora, CO has been an SAA Signature Member since 2008. She was NOT one of those people who knew from an early age that they wanted to be an artist when they grew up. With no formal training in art, but rather a B.S. in animal sciences, she always thought she’d go into a scientific field. Seeing an SAA show at The Wildlife Experience in 2007, prompted her to try and join the organization and played a role in her eventually becoming a fulltime wildlife artist. Growing up in a rural area of Eastern Oregon and showing numerous animals through the 4-H program over the course of her childhood, certainly played a part in creating this animal fanatic.


Fortunate to have a supportive family for her artistic skills and other interests, Cathy who loved drawing since early childhood, was introduced to scratchboard in high school art classes, and her passion for the medium remains strong today, even though she has dabbled in other two-dimensional mediums. Most of her hobbies revolve around animals and being out in nature. She trains and shows her Belgian Sheepdog, Devon, in conformation, obedience, agility and scent detection. As Cathy became more serious as an artist, she wanted to collect her own wildlife reference. This created a passion for photography which remains strong today. She loves spending time out in nature, learning to appreciate the extraordinary within the ordinary. A recently added interest for her, is becoming a serious birder, with this new passion also making its way into her art.

I currently live in Townsend, TN and have been an SAA Signature Member since 2001, excitedly becoming a Distinguished Signature Member in 2018.  Being surrounded by animals while growing up in Okeechobee, FL, where cows outnumbered people by ten to one, played a big part in me being a major critter lover!  I loved drawing and coloring throughout my childhood and attended college for a year with aspirations of becoming a commercial artist.  During that time, my mom introduced me to Wes, who was an art teacher at a museum nearby, and I started taking classes from him.  After dating several months we laughingly say that he told me he’d teach me how to paint if I would marry him, and the rest was history.

My favorite part of the creative process, as well as life in general, is being immersed in nature and surrounded by critters!  I also enjoy writing a weekly blog about our outdoor adventures, and love kayaking, hiking, biking, camping, snorkeling, boogie boarding, whitewater tubing and generally anything that involves being outdoors!  Nothing is more inspirational than encounters like sitting in my kayak and watching a ten-point buck swim mere feet from me, close enough that I can hear his breath and see it forming mist in the cool air, and I create art with hopes that my paintings convey a feeling of excitement while touching the viewer, allowing them to share in my personal experiences in some way.

Be sure to follow the blog to receive the monthly updates.  The rest of the current SAA Board, the Executive Officers and the SAA staff will be featured in February and March.

Cheers ~ Rachelle Siegrist for the SAA

Posted by Wes and Rachelle Siegrist at 1:49 PM No comments: