SPECIAL EDITION EXHIBITION OF THE ART OF 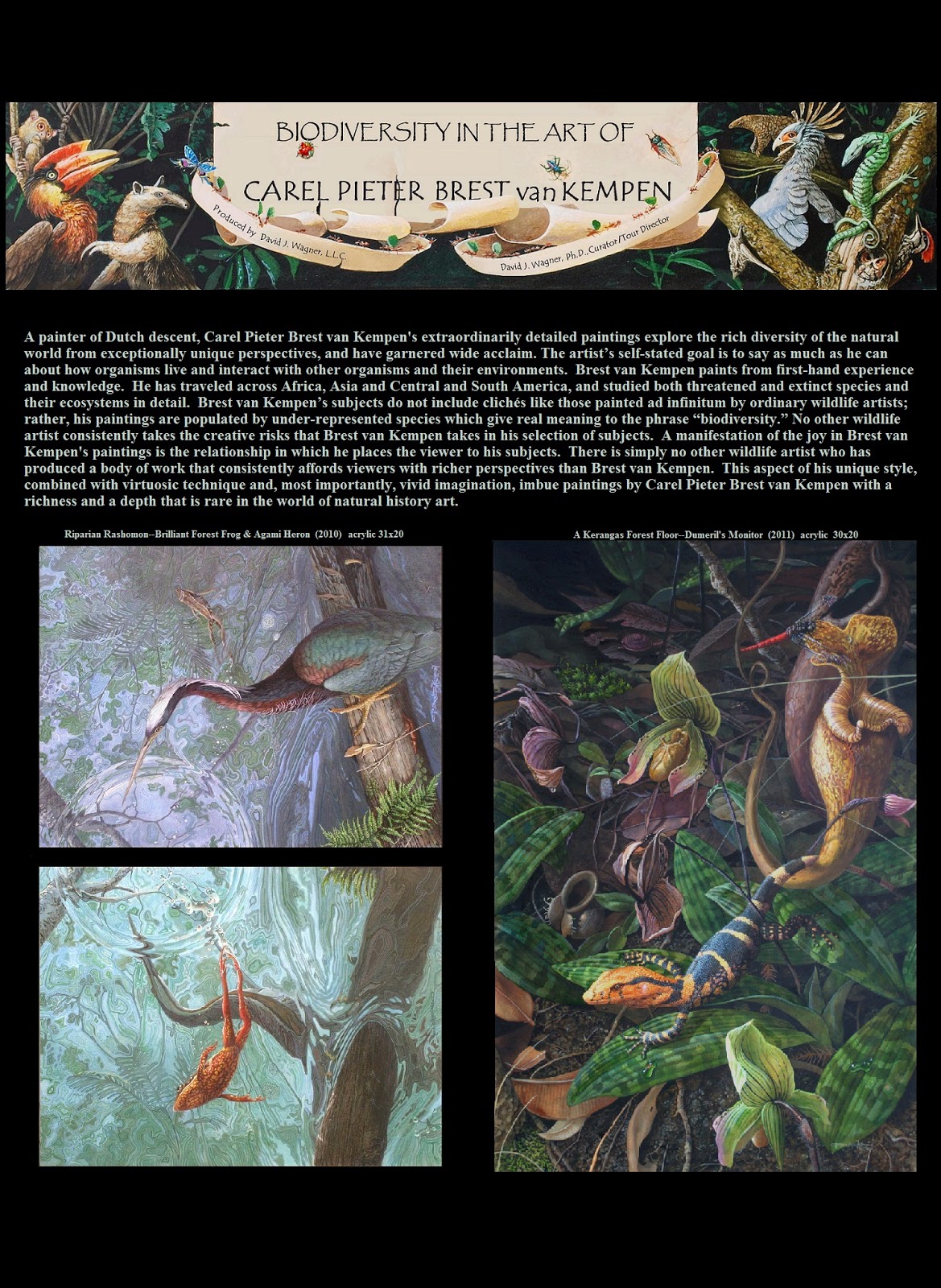 A Special Edition Exhibition of The Art of Carel Pieter Brest van Kempen will be displayed as the featured attraction at The Mari Sandoz High Plains Heritage Center at Chadron State College in Chadron, Nebraska from June 1 until September 30, 2014 in celebration of the 50th anniversary of President Johnson's signing of the Wilderness Act on September 3, 1963.  The exhibition is produced by David J. Wagner, L.L.C., David J. Wagner, Ph.D., Curator/Tour Director.

Carel Pieter Brest van Kempen is a painter of Dutch descent, who explores the rich diversity of the natural world from exceptionally unique perspectives.  The artist’s self-stated goal is to say as much as he can about how organisms live and interact with other organisms and their environments.  Brest van Kempen, who is also interested in prehistoric subject matter, paints from first-hand experience and knowledge.  He has traveled across Africa and Central and South America, and studied both threatened and extinct species and their ecosystems in detail. 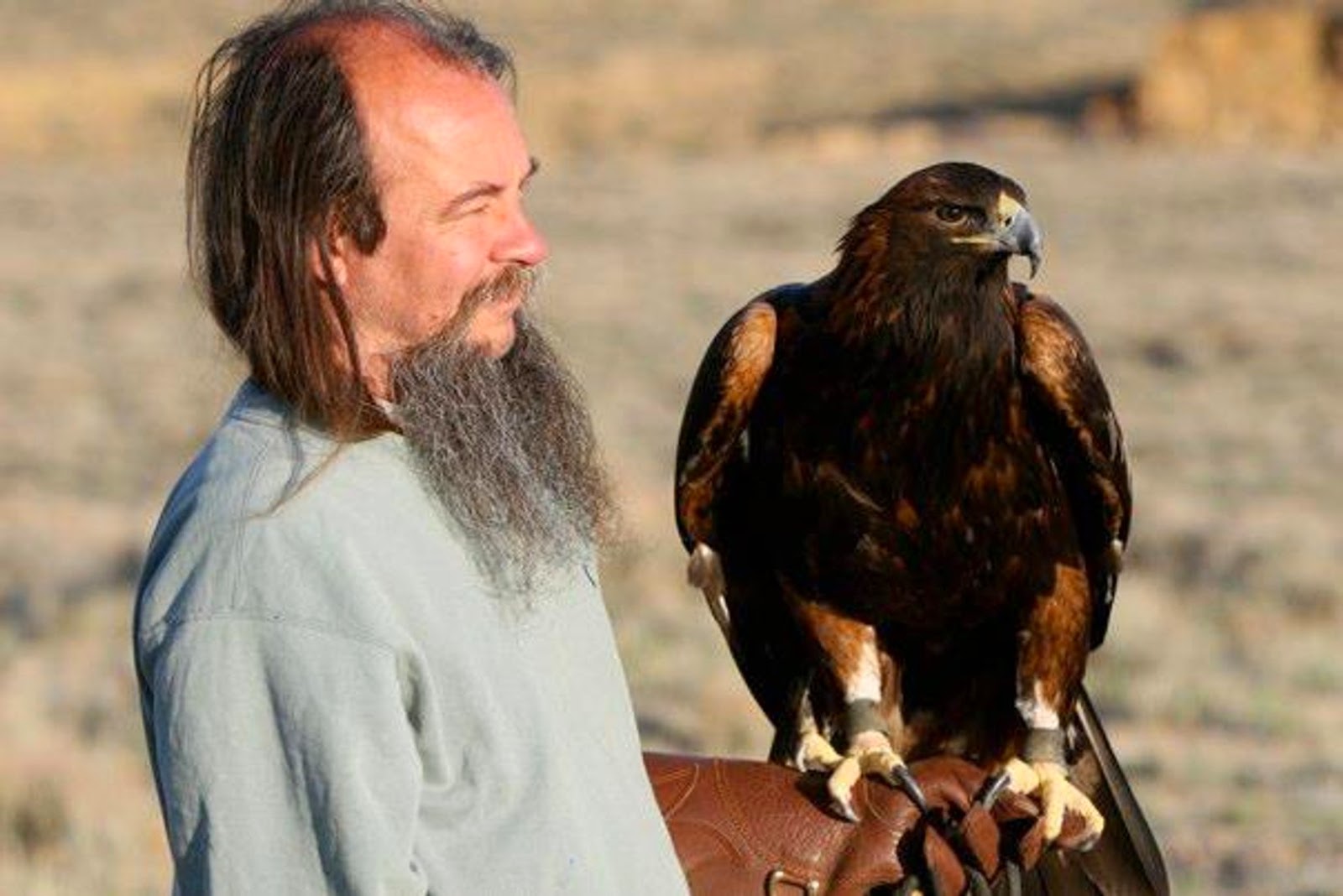 Since he was a child, Brest van Kempen has always been a student of nature.  He spent his youth exploring untracked back country along the Wasatch Range of the Rocky Mountains; drawing, studying, and collecting native flora and fauna.  As a boy, Brest van Kempen practiced falconry and bred lizards.  He began drawing wildlife when he was only three years old and created his first painting at the age of twelve.  At the University of Utah, his studies focused on biology, which he hoped to teach, and field work.  By 1988, his interests in art and nature matured to the point where he could pursue a full-time career of painting.  Though Brest van Kempen is among the most highly accomplished technicians in the entire art world, and among the most creative, he is essentially self-taught.  Brest van Kempen paints in a highly realistic manner.  Unique in the world of wildlife art, Brest van Kempen’s approach is reminiscent of the art of Salvador Dali, which has always fascinated him. There is no other wildlife artist who paints like Carel Pieter Brest van Kempen; his approach and style is truly unique. 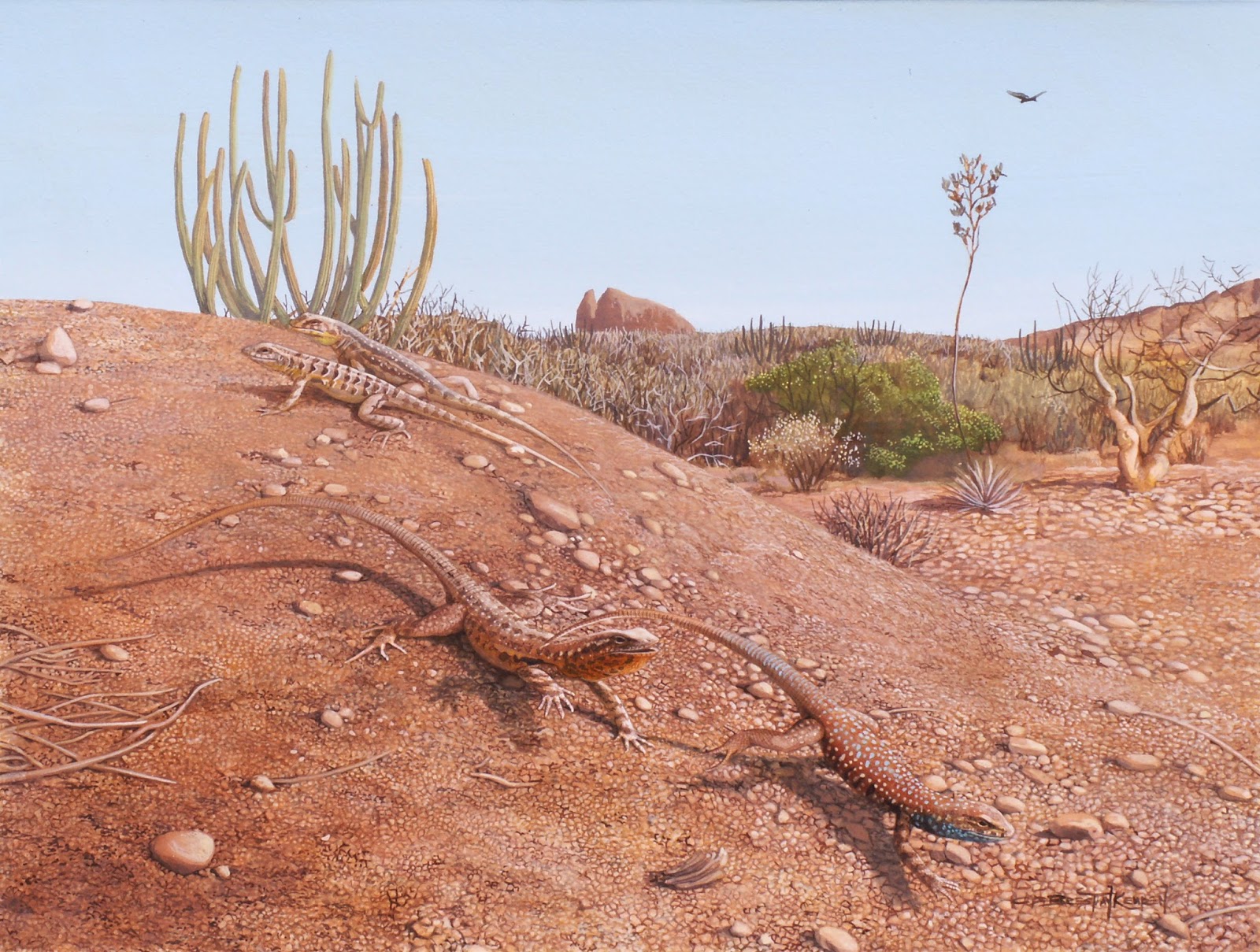 Carel Pieter Brest van Kempen has exhibited his works throughout the world and earned numerous awards.  He is a member of the prestigious Society of Animal Artists which has awarded him awards on multiple occasions, including their highest honor, the Award of Excellence, in 1994, 1996, 1997, 2004, and 2010. 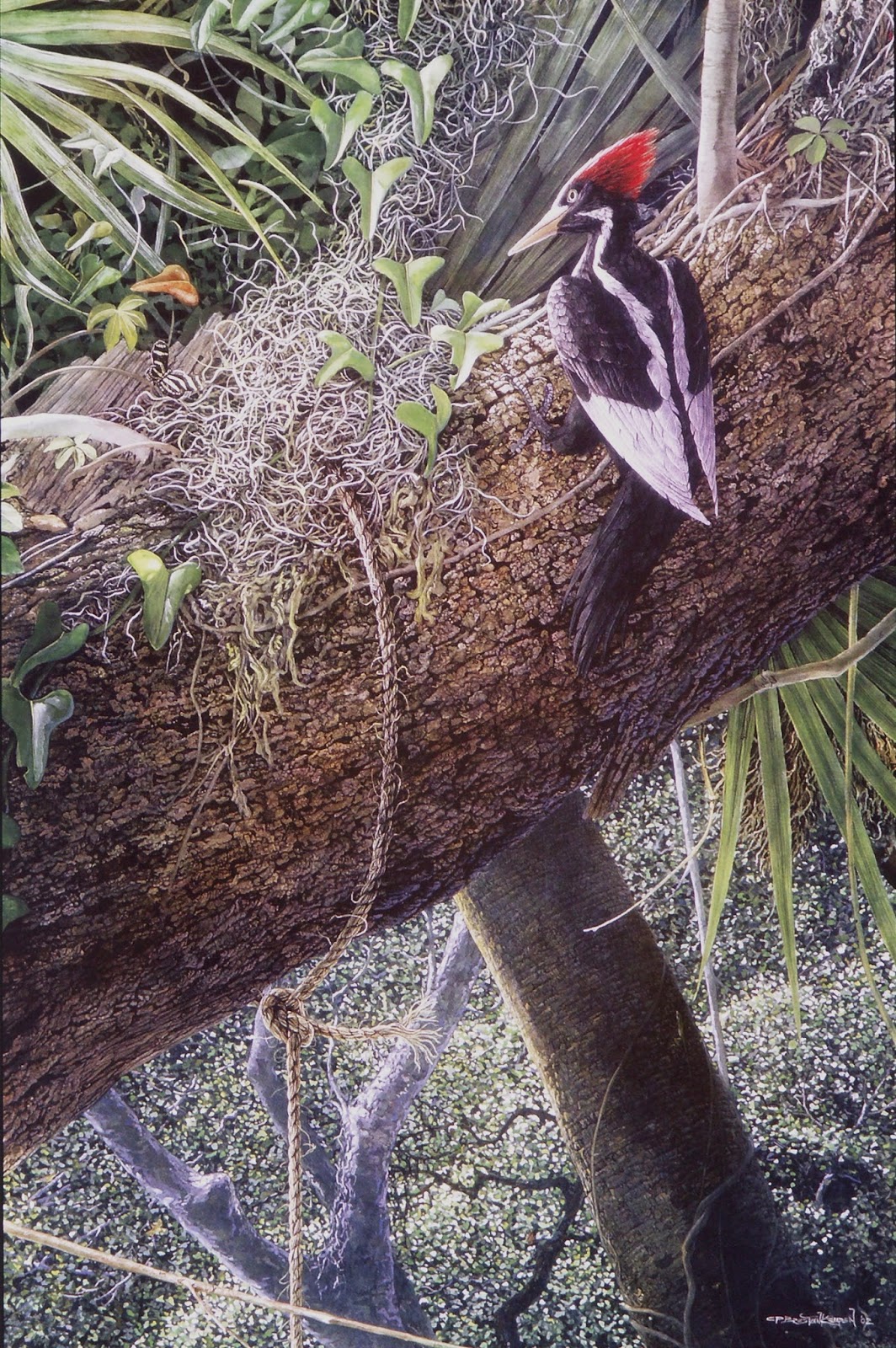 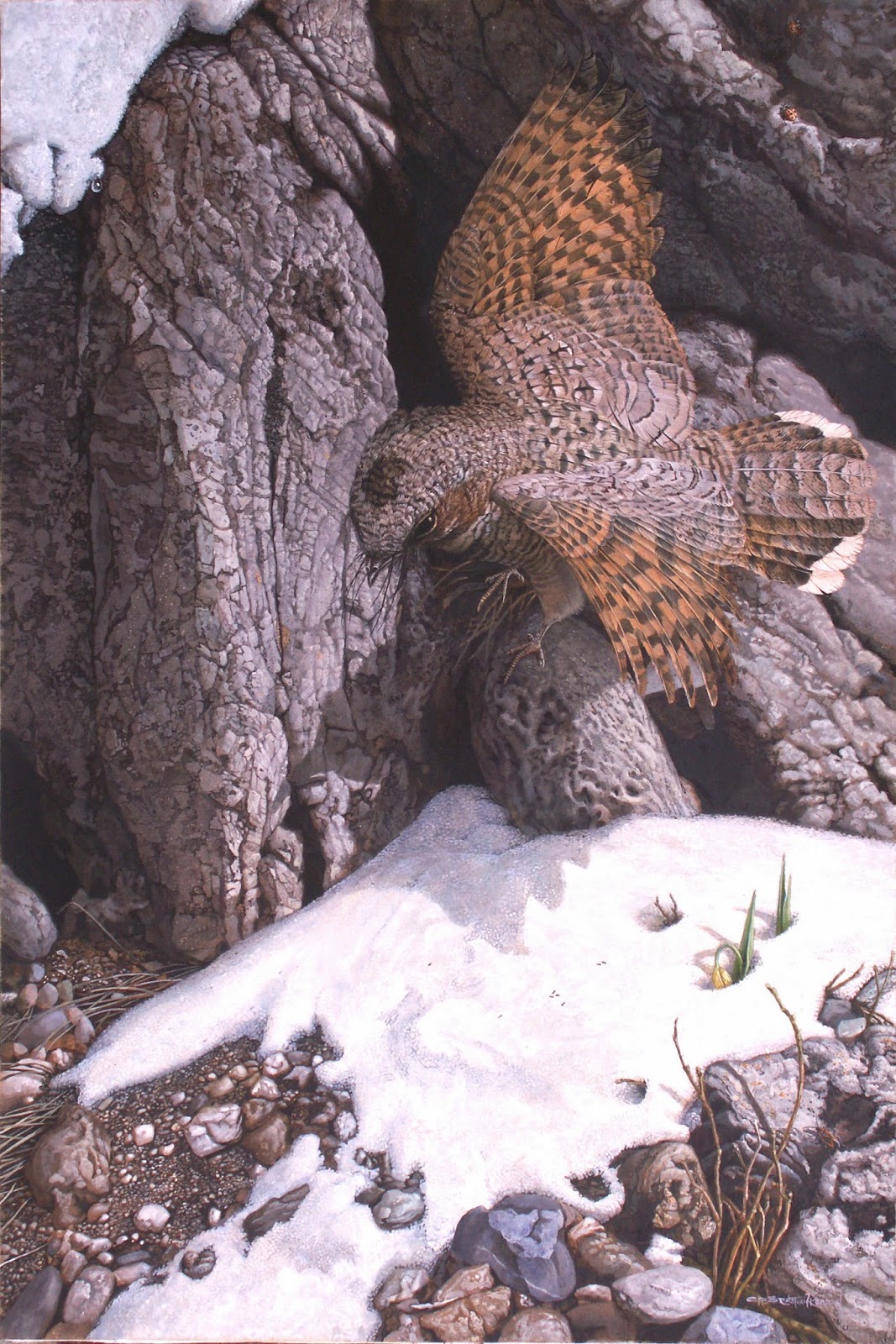 BIODIVERSITY IN THE ART OF CAREL PIETER BREST van KEMPEN

was previously displayed at The Arizona-Sonora Desert Museum in Tucson, AZ; The Wildlife Experience (museum) in Denver, CO; The Wildling Art Museum near Santa Barbara, CA; and The Hiram Blauvelt Art Museum in the great New York City area, and The Kenosha Public Museum near Chicago. 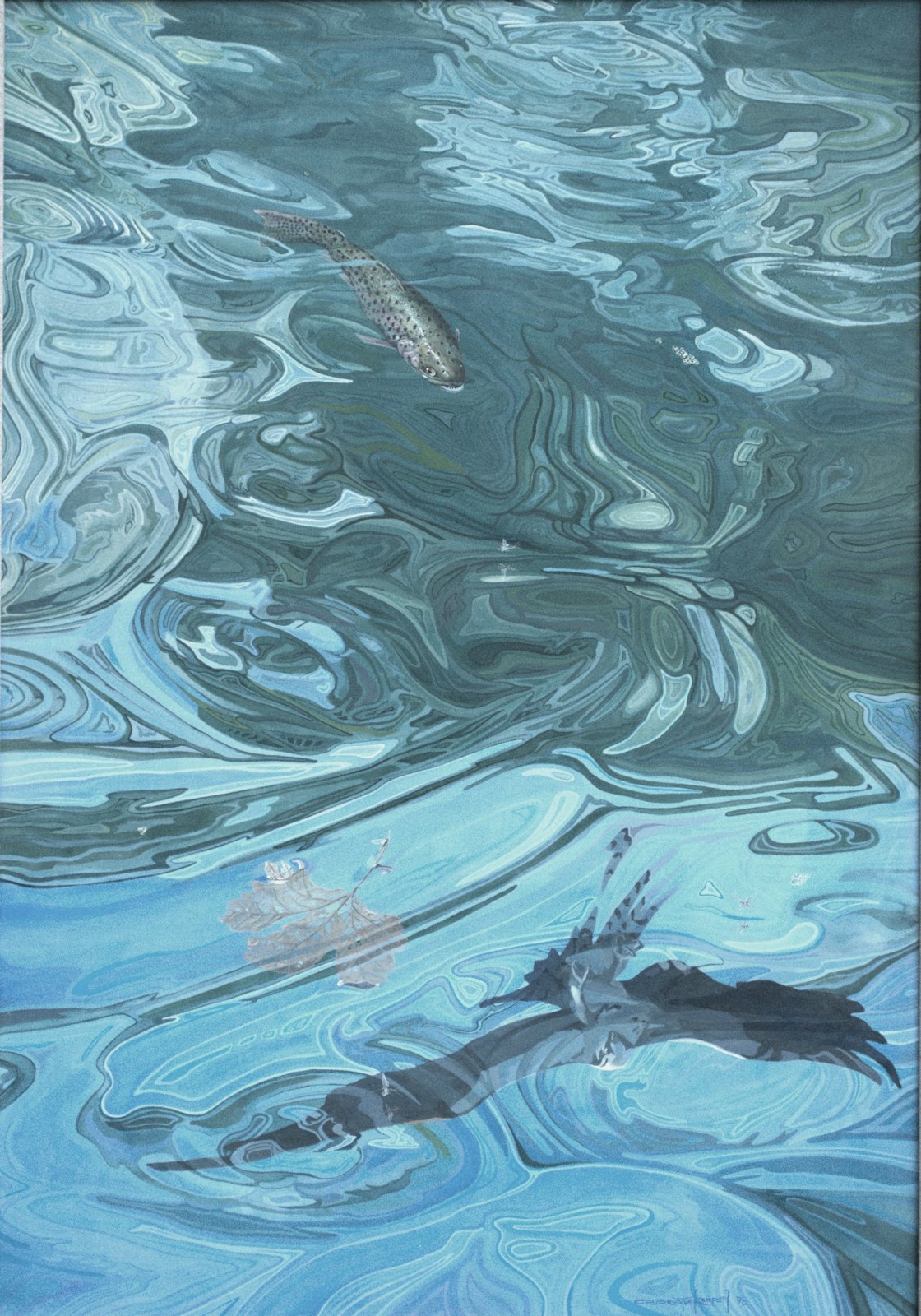 
Posted by JohnAgnew at 7:58 AM No comments:


Elephants provoke strong opinions. Tourists want to see them on safari, and usually encounter calm, relaxed elephants in protected national parks, viewing them from the relative safety of a vehicle. However, rural-dwelling Africans are more likely to encounter elephants on foot, outside protected areas, in places and situations where elephants are more wary of, or aggressive towards, people. Children who have to pass elephant herds on their walk to school, or families whose crops are trampled and eaten by hungry elephants may feel fear and distrust rather than admiration and wonder when they see elephants.

Elephant! resulted from a conversation I had with Maasai men in Tanzania, while I visited the African People & Wildlife Fund (APW). The men looked through my sketchbook, seeing sketches of people, cattle and homesteads, but their first question to me was ‘are you afraid of elephants?’. The question made me think more about their encounters with elephants and resulted in this painting, which illustrates two contrasting views. The large head on the left of center is an elephant cow, painted in a relaxed pose, with her long, gently curved trunk leading to smaller images of the herd and a safari vehicle containing tourists. The washes of color used on this side of the painting have soft edges and there is a circular flow, down the elephant’s trunk, around the herd and towards the vehicle. In contrast the large elephant head on the right is an agitated bull. His ears are raised and his trunk curled, while his upturned tusks point towards 2 more bulls in similar poses, and a man attempting to keep the elephants away from his maize crop and home. On this side of the painting there are stronger reds and hard-edged washes, while the smaller elephants are angular and facing opposite directions.

Many of Africa’s elephants live or spend time outside protected reserves, alongside a growing human population, and as competition increases between people and wildlife over access to natural resources, human-wildlife conflict increases too. It is African people who will ultimately decide the fate of Africa’s wildlife and determine whether to accept the hazards of living beside Earth’s largest land mammal, so finding solutions that allow people & wildlife to share natural resources amicably is a high priority. Part of APW’s mission statement is to “support the collective management of natural resources for the mutual benefit of people and wildlife” and with the majority of their staff being residents of the local area, they are well placed to assist the community with plans to alleviate poverty, conserve biodiversity and reduce human-wildlife conflict – outcomes which will benefit both people and elephants.

The original of Elephant! is available for sale and a significant percentage of the sale proceeds will be donated to APW. Limited edition giclées are also available with a 20% donation to APW from the sale of each piece. Please contact Alison Nicholls for further information: www.ArtInspiredbyAfrica.comwww.artinspiredbyafrica.com

Posted by JohnAgnew at 9:38 AM No comments:

The exhibition features several works by each artist to demonstrate the breadth, depth, and versatility of their individual output.  While historians generally view the 17th century as "the golden age" of still-life painting in Europe, today's American masters not only remain as enthusiastic as ever about the artistic possibilities of depicting inanimate objects for the sake of their qualities of form, color, texture, and composition, but also build on traditions developed by artists who worked in the Netherlandish Lowlands, in new and interesting ways.  Common place objects such as plants, fruit, vegetables, dishes, and bottles, and even occasionally the depiction of skulls, candles, and even allegorical subject matter in so-called "vanitas," remain as popular as ever today, but often in new aesthetic contexts shaped by twentieth-century innovations and movements such as Cubism, Pop Art, and Photorealism.  In what can only be described as an eclectic, layered ethos, many artists today remain rooted in tradition, while others see still life painting as a vehicle to explore new artistic possibilities or to convey political or social meaning.  Today's still life artists still orchestrate innate objects and direct light to create visual interest, but often as not feature contemporary subject matter portrayed in a variety of palettes and contemporary styles.  A relatively pure, even abstract, form of art, still life remains as popular a genre as ever.  And the work contained in this exhibition embodies the diversity, range, and achievement in American still life painting today.