Dr. David Wagner and Art and the Animal

Recently Kelly Lydick, Assistant Editor of Western Art Collector interviewed The Society of Animal Artists Art and the Animal Curator and Tour Director Dr. David J. Wagner. This is a great opportunity to see what happens behind the scenes of this prestigious annual exhibition.

What follows are the questions and answers form the interview between Kelly Lydich and Dr. David Wagner. The annual exhibition and tour venues list follows after the interview. 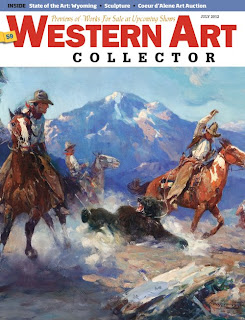 An Interview with Dr. David Wagner
Society of Animal Artists
Art and the Animal Exhibition
Curator and Tour Director 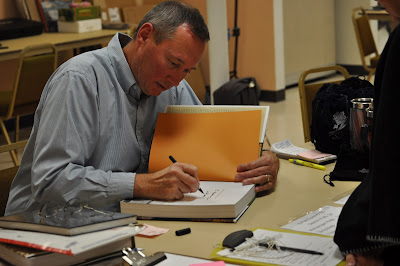 1. As the Tour Director, what is the most exciting part of your role in the annual event?


The Annual Exhibition is juried by leading members of the Society of Animal Artists each year in New York City. But I get to select the artworks that will tour the nation in the ART AND THE ANIMAL tour. That essential means that I get to choose the best of the best. Though I admit that there may be a tinge of pride at work here, I have always felt that the ART AND THE ANIMAL tour is higher in quality than the SAA Annual Exhibition, because it is ultra-refined. In other words, it is both juried and curated. And I get to play the role of the curator.


2. What informs your choices for locations for the Tour? How are the locations chosen/determined?


Several criteria factor into the selection of tour venues and orchestration of the tour itinerary. Our venues are not pseudo museums or commercial galleries or conference centers, but real museums generally accredited by the American Association of Museums. To be accredited by the AAM, museums must maintain the absolute highest professional standards of excellence. In addition, ART AND THE ANIMAL tour venues in any given year are diverse: that is, they include public and private art museums, natural history museums, and general museums, and occasionally art and nature centers and zoos. In addition, I strive for broad geographical exposure in multiple states.


3. What in particular is unique about this year’s Tour compared with years past?


This year, the Society’s 52nd Annual Exhibition is being hosted by The Hiram Blauvelt Art Museum in Oradell, New Jersey, an affluent bedroom community of the greater New York metropolitan area located a mere 15 miles from mid-town Manhattan, whose residents once included wildlife artist, Charles Livingston Bull (1874 - 1932).  This marks the third time that The Blauvelt has hosted The Annual Exhibition of The Society of Animal Artists.  Following the exhibit’s premiere, forty-five flatworks and fifteen sculptures will tour under the title, ART AND THE ANIMAL, to three subsequent venues: The Art Museum at The University of Kentucky in Lexington; the Kenosha Public Museum in Wisconsin; and The Charles H. MacNider Art Museum in Mason City, Iowa.

This is the first time that the exhibit has been displayed in the Bluegrass State of Kentucky, the state where I was born. As a special tribute, ART AND THE ANIMAL will be augmented at The Art Museum at The University of Kentucky in Lexingtonwith a special selection I have made of equine paintings and sculptures by Tom Altenburg, Anita Baarns, Jean Cook, Beth Parcell Evans, Terry Miller, Fay Moore, Marilyn Newmark, Kathleen Ryan, Francis E. Sweet, Kay Witherspoon, and Jan Woods. ART AND THE ANIMAL travels next to the Kenosha Public Museum, located mid-way between Chicago and Milwaukee, with over 70,000 artifacts including nearly 1,000 works of fine art. The museum also houses the Carthage Institute of Paleontology and The Dinosaur Discovery Museum, which focuses on the link between meat eating dinosaurs and birds. The Charles H. MacNider Museum, is a museum known for the quality of its American art collection. It contains excellent examples of work by some of the best known American artists of the 19th and 20th centuries including Arthur Dove, Thomas Hart Benton, John Matin, A. T. Bricher, Stephen deStaebler, Jasper Cropsey, Grant Wood, George Bellows, Henriette Wyeth, Nathan Oliveira, John Sloan, Maricio Lasansky, Morris Graves, Maria Martinet, G. P. A. Healey, Jack Levine, Toshiko Takeazu, Paul Soldner, Philip Guston, Sam Francis, Aaron Bohrod, among others.

4. Is there anything else you would like readers to know about this year’s tour…?


Since 1988, when Society of Animal Artists Vice President, Guy Coheleach recruited me as SAA Tour Director after I served as Director of the Leigh Yawkey Woodson Art Museum from 1977 - 1987, SAA exhibitions have been displayed some 85 times throughout the United States, with approximately 70% of hosting venues having been art museums or general museums that have included art as a central dimension of their core mission, with the remainder being natural history or nature-based institutions. This year's tour itinerary falls squarely within that tradition.The Hiram Blauvelt Art Museum, The Art Museum at The University of Kentucky, The Kenosha Public Museum, and The Charles H. MacNider Art Museum, are all top-notch museums that command peer respect by museum professionals nationwide. I am totally confident that any member of the Society of Animal Artists (or any other artist organization for that matter) would be proud to have their artwork displayed at any of the museums on this illustrious itinerary of museums. I know I am.

The Society of Animal Artists
52nd Annual Exhibition and Tour
(Subject to change. Be sure to check with venues for exact days/hours of admission.)


The Art Museum at the University of Kentucky will display an additional selection
of equine paintings and sculptures selected by David J. Wagner, Ph.D., Curator.