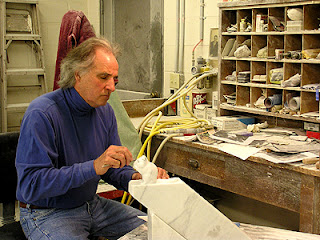 Dale Weiler describes himself as a sculptor of stone. He chose this medium because of the “feel of the stone” and the technical challenge of working with probably the most demanding and unforgiving medium of all art forms. The thought of creating movement, power, fluidity and suppleness from a piece of marble, sandstone, limestone, alabaster or steatite constantly drives him. 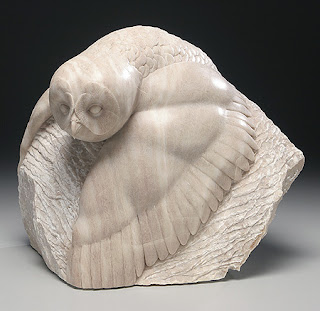 Dale began his art career at the age of 45, having honored his father’s wishes for him to pursue a more “financially rewarding” profession than the art world. Given the fact that his father (Milton C. Weiler) was a highly acclaimed and world renowned wildlife water colorist, the temptation to follow in his father’s footsteps was considerable. Dale avoided that temptation as long as possible, but the love for art and the need to express himself artistically ultimately became too great a force to resist, and he began to sculpt in 1992.

Dale has been in many prestigious shows including BIRDS IN ART Leigh Yawkey Woodson Art Museum of Wausau and his work is in many private, corporate and museum collections including the Ward Museum of Wildfowl Art, Salisbury University

You can learn more about Dale and his art by visiting www.daweiler.com