A Traveling Exhibition of

To open May 15 at the Nevada State Museum

Wes and Rachelle Siegrist are an American husband and wife team who mesmerize viewers with miniature paintings so exquisitely crafted that they are often mistaken for tiny photographs.  Their tiny treasures, as collectors often refer to them, typically measure less than 9 square inches and appear even more detailed when viewed under magnification!  A hallmark of their work is their ability to convey the feeling of a larger canvass or the essence of the natural world in miniature. 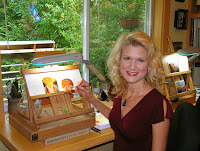 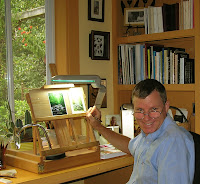 EXQUISITE MINIATURES consists of fifty signature paintings including landscapes, portraits, still lifes, wildlife, and other subjects by Wes and Rachelle Siegrist.  The exhibition is accompanied by a book of the same title about Wes and  Rachelle Siegrist and their art, with an introduction by David  J. Wagner.

EXQUISITE MINIATURES BY WES ANDRACHELLE SIEGRIST premiered at the prestigious R.W. Norton Art Gallery, in Shreveport, LA in 2010.  The Norton Art Gallery is home to one of the great museum miniature collections in the United States. 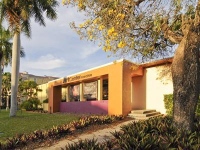 (Exact dates subject to change. Be sure to check with venues for days/hours of admission
and guest appearances by Wes and Rachelle Siegrist.)

Posted by Robert Louis Caldwell at 7:00 AM