Beyond Their Wildest Dreams! SAA Members Reflect On Their Historic Ongoing Tour of Paintings

Beyond Their Wildest Dreams!  SAA Members Reflect On Their Historic Ongoing Tour of Paintings

Artists dream of their work being seen outside of family and aspire to participate in public shows.  Juried exhibitions and galleries are considered a step up that ladder to success.  Inclusion into anything inside museums carries an added aura of success that might culminate into the dream of one day walking into a museum and seeing one’s own work filling an exhibition hall. Few artists achieve this while they’re living and even less do it while they are young in both years and career.  It happened to us! We knew we had made history.  To our knowledge, only a few living miniature painters had ever been featured in a solo museum exhibition and none to the scale achieved for us by our tour director.  That momentous start, back in 2010, exploded into the most successful touring exhibition of miniature paintings by living artists in history and it’s still going and growing! 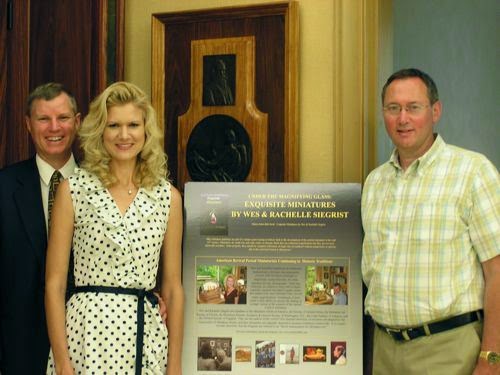 In the summer of 2008, we were asked by Dr. David J. Wagner to consider allowing him to exhibit our miniature paintings in museums.  Knowing Dave’s reputation and success with other artists we enthusiastically said yes!  We knew from the start, that it would likely be years before something was scheduled, if at all, so we set ourselves in for the long haul. We were surprised when Dave called mere weeks later.  One of the nation’s top museums with collections of historic miniature paintings had requested our show!  We were scheduled to premiere at the R. W. Norton Art Gallery in Shreveport, LA in July of 2010.  It had been 25 years since the Norton staged their last exhibition pertaining to miniature painting, Portrait Miniatures in Early American History, 1750-1840, and they felt it was time to do another one featuring modern American miniaturists who had been featured in a variety of group exhibitions at the Norton over the years . . . the Siegrists!

While we were still floating on cloud nine, Dave called with more news.  The West Baton Rouge Museum was also interested in our work.  Would we be able to stage a second concurrent exhibition of 50 more paintings?  Borrowing back nearly 50 paintings from collectors to augment our available work to comprise the varied content of the exhibitions was a herculean task.  It paled only slightly in comparison to the mountain of logistics associated with 100 paintings on exhibit!  Floating in the stratosphere now with two solo museum exhibitions on the horizon, Dave pushed us into space with the news that the works in Baton Rouge, LA would be going on tour!

Staging a museum exhibition involves a lot of paperwork! 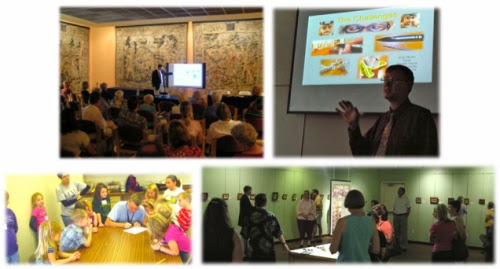 Presentations, lectures and workshops at venues on the tour

To date, EXQUISITE MINIATURES BY WES & RACHELLE SIEGRIST includes over 200 paintings, will be displayed 5,588 days in 21 exhibitions at 19 venues and has traveled thousands of miles across the country and back to 15 States!  And more venues are pending! 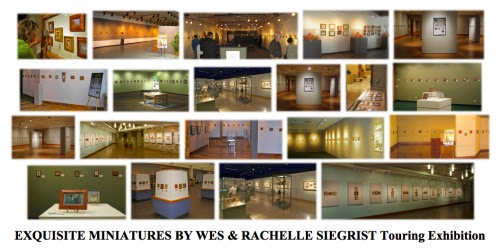 [ http://www.artofwildlife.com/miniature_painting_exhibition.html ] LINK BELOW
Click here to view the EXQUISITE MINIATURES Exhibition overview
(Links to more photos, installation images and paintings are at the bottom of the page)

EXQUISITE MINIATURES is available for display at art, cultural, and scientific institutions.  For tour and scheduling information, contact:

Posted by JohnAgnew at 9:13 AM