Into the Arctic, Cory Trépanier


The Canadian Arctic... it’s a land of extremes and one of the last wild regions on the face  of our planet.  Seldom traveled, it’s been painted even less. 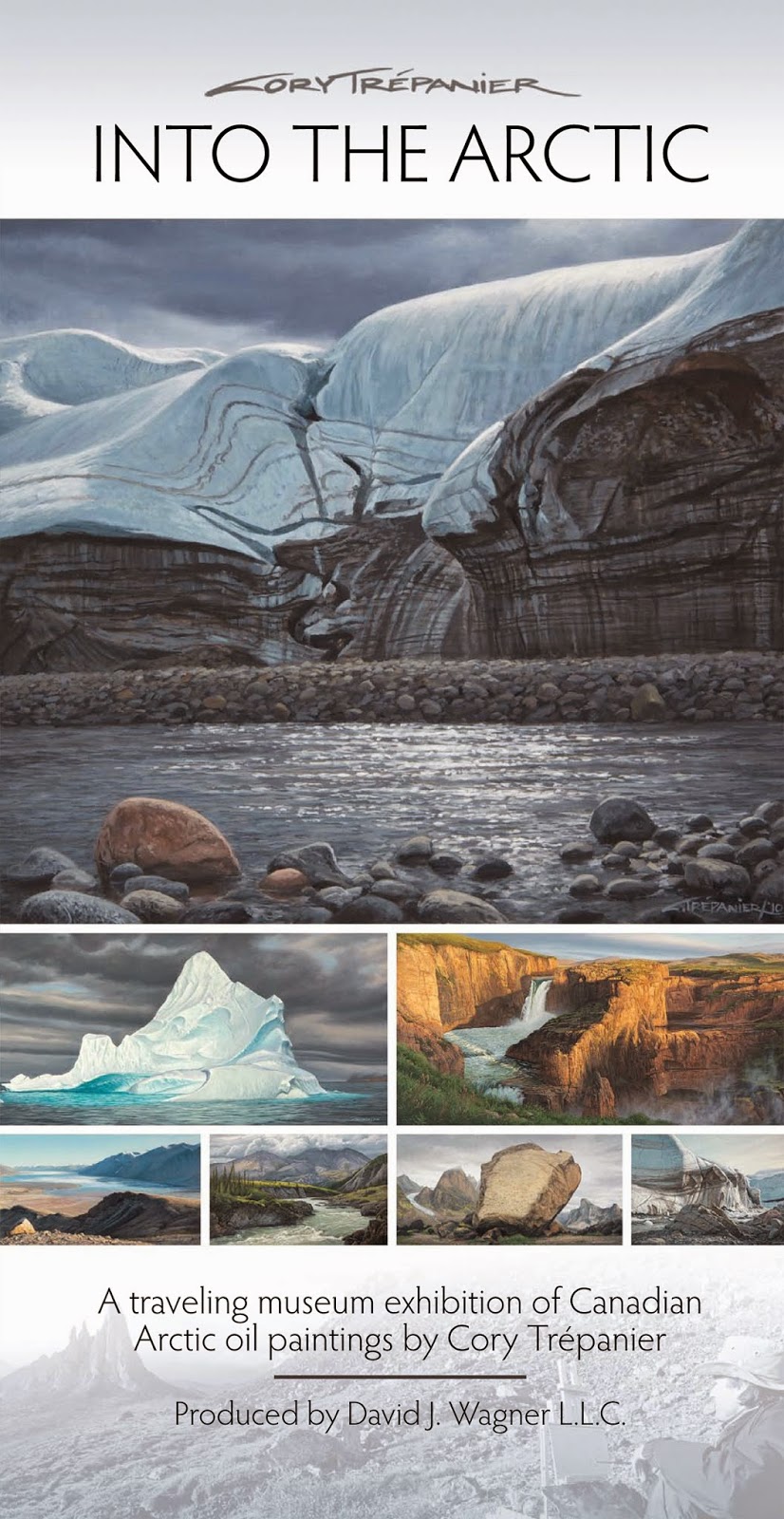 But for over a decade, Canadian artist Cory Trépanier has been doing just that: painting some of the Arctic’s furthest reaches.
Now, David J. Wagner L.L.C. is pleased to present Into The Arctic, a new and rare traveling museum exhibition of over fifty of Trépanier’s powerful paintings, a visual time capsule of some of our planet’s most spectacular, yet fragile landscapes.
During three expeditions to the far corners of the Arctic, Trépanier immersed himself into the landscape, hauling heavy backpacks loaded with camping, painting and filming gear. 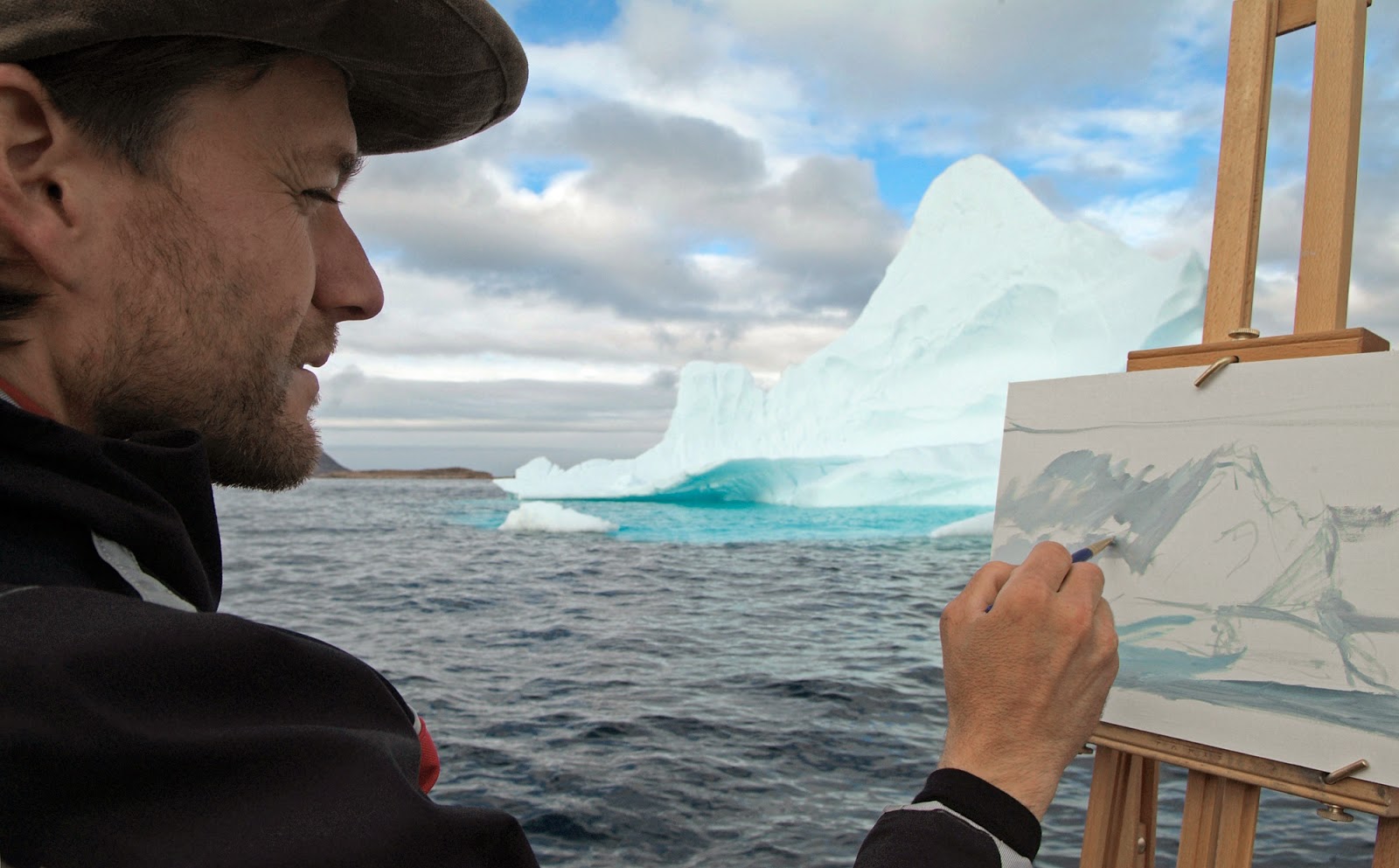 He traveled with Inuit.
Walked in tracks of past explorers.
Confronting raging storms, ravenous hordes of mosquitoes, and near exhaustion.
Faced close encounters with predators.
And experienced remoteness past the edge of civilization.
All so he could experience the land first hand, and find raw inspiration for his new canvases.

And find inspiration he did. Not only for more than 50 paintings, but also for one major centrepiece: his 15 foot wide Great Glacier, one of the largest landscape paintings ever from the Canadian north. 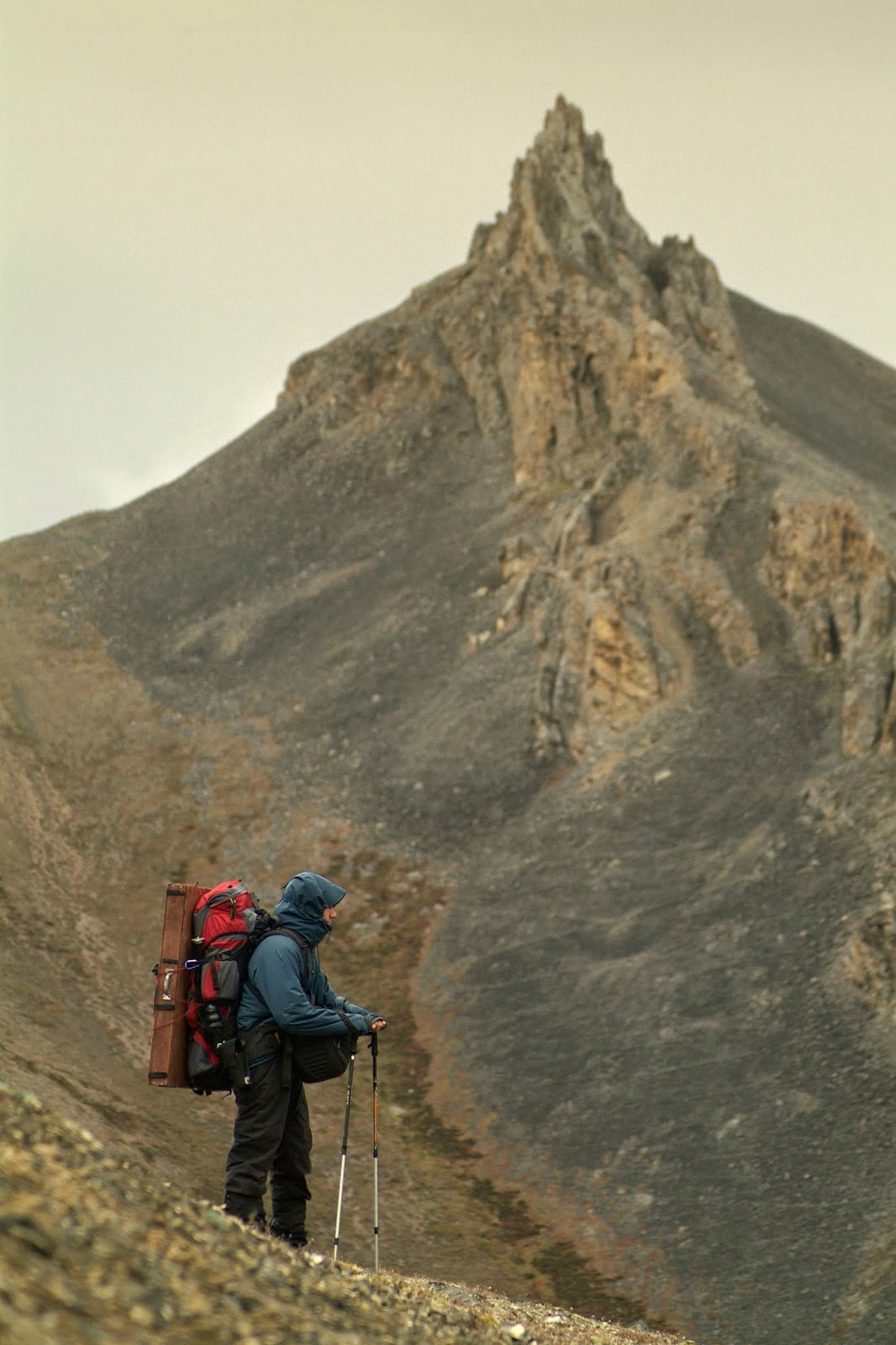 Museums around the globe now have the opportunity to share the majesty of the Arctic with their patrons through this extraordinary exhibition.
Opening in 2017, during Canada’s 150th anniversary, a limited number of museums will share the wonder and awe of the north before paintings are returned to collectors. 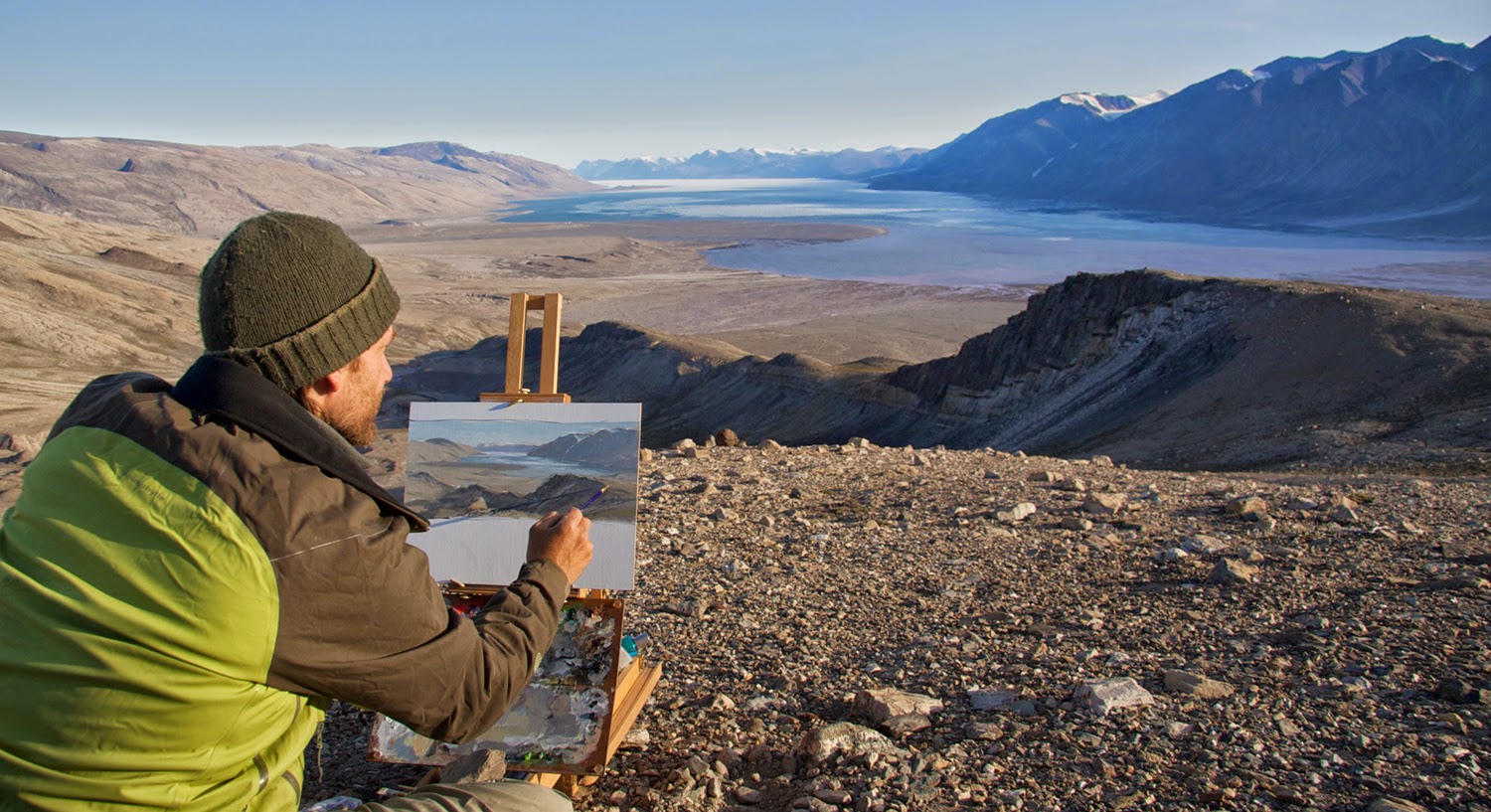 Visit   http://davidjwagnerllc.com/exhibitions.html and scroll down to INTO THE ARCTIC, Cory Trépanier to find out more.
. . . or play the exhibition promotional video here: http://www.intothearctic.com/exhibitiontour.html

Posted by JohnAgnew at 9:47 AM