A special encore edition of AMERICA'S PARKS II will be displayed from December 19, 2015 - April 2, 2016 at the St. George Art Museum near the entrance to Zion National Park in Utah. 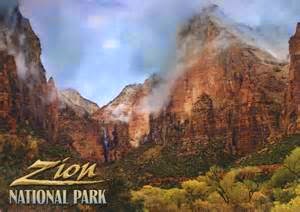 The exhibition will complete is initial tour at The Arizona-Sonora Desert Museum Art Institute Ironwood Gallery, Tucson, AZ this coming Fall from September 13 - October 26, 2014, following display at The Ella Carothers Dunnegan Gallery of Art in Missouri, and The Wildlife Experience, in Denver.  The organizers of the exhibition are particularly pleased to be able to add to the itinerary, the St. George Art Museum.


Works included in the AMERICA’S PARKS II exhibition were selected from a competition open to all artists, the purpose of which is to recognize and promote excellence in original artworks depicting any park (national, state, provincial, county, city, or private) in Canada, Mexico and The United States, with an emphasis on parks in Northwestern Mexico, particularly in Sonora, and states in Southwestern U.S. including (in alphabetical order) Arizona, California, Colorado, New Mexico, Nevada, Oklahoma, Texas, Utah; and States in Northwestern Mexico. Selections were made by a professional jury consisting of:             Pam Dean Cable, Executive Director, Susan Kathleen Black Foundation             M. Stephen Doherty, Editor, PleinAir™ Magazine             Todd Wilkinson, Managing Editor, Wildlife Art Journal 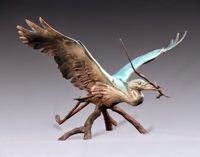 
Juried artworks appear on-line at: http://davidjwagnerllc.com/competitions.html.  Artworks which appear in bold below are included in the initial AMERICA'S PARKS II traveling museum exhibition.  The exhibition tour itinerary appears below.


AMERICA'S PARKS is produced by David J. Wagner, L.L.C.  The company's President proposed the very first tour of the ARTS FOR THE PARKS exhibition, served as a Juror for that exhibit, managed the ARTS FOR THE PARKS tour for its first five years (1988–93), and served on the Advisory Board of its parent organization, the National Park Art Academy.
Posted by JohnAgnew at 9:38 AM