Nine artists from four countries, including seven SAA members (and four board members), joined together on an safari to Tanzania to work on a project to benefit the African Wildlife Trust. AWT is on the front lines of the fight against poaching, especially the desperate situation regarding elephants.
The group of artists will use their trove of reference photos, sketches and plain aire paintings to produce a body of work that will benefit the African Wildlife Trust, and they will take advantage of speaking engagements and social media to spread the word about the poaching crisis.  We have reached a critical point where we may lose our wild elephants in just a few years. The artists hope that as Artist Ambassadors for the AWT,  they can raise awareness of this crucial time for elephant conservation.
Hosted by Pratik Patel, founder of the African Wildlife Trust, the artists spent 12 days at Kikoti Camp, near Tarangire National Park in Tanzania.  They spent every day, from dawn to dusk in the bush, gathering references for future artwork. While the artists took thousands of reference photos, some also sketched and painted in the field. Expert guides helped them find almost every species that they could have hoped to have seen. The experiences they had with the wildlife will never be forgotten. 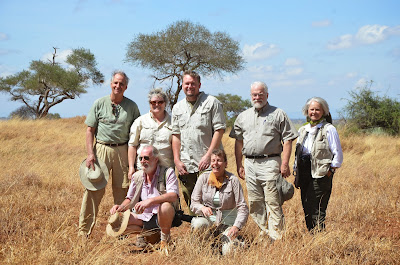 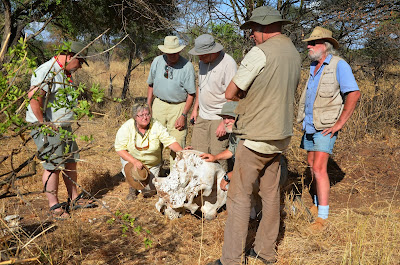 The group inspecting the skull of an elephant whose
face was hacked off to remove the ivory. 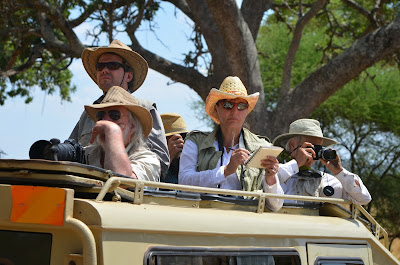 Most of the artists took photos, but Julie sketched,
even from a moving vehicle. 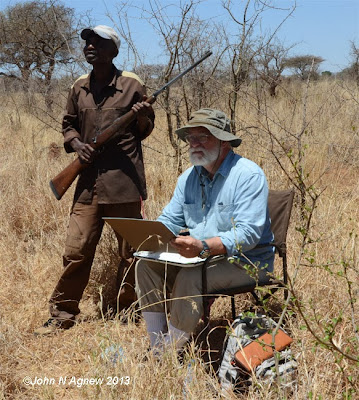 An armed escort was necessary to keep John Agnew working
(actually, he was there to protect against lions). 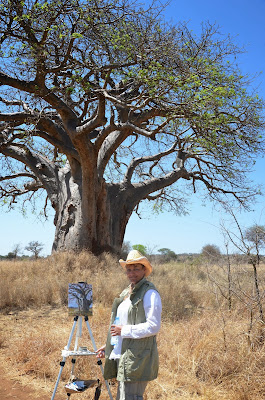 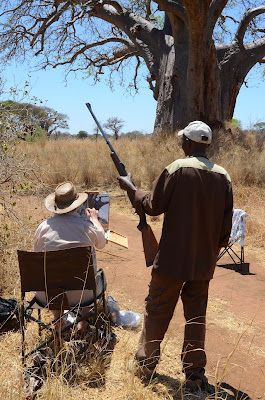 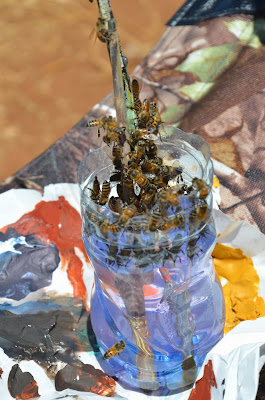 Thirsty bees, one of the hazards of painting in the wilds of Africa. 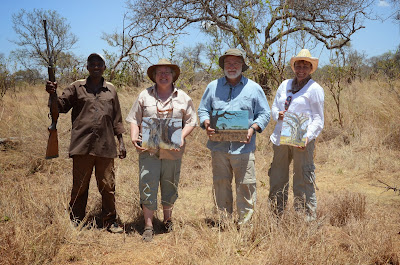 The escort, Thomas, Jan Martin McGuire, John N. Agnew and Julie Askew,
with their paintings of the Baobab tree.

Posted by JohnAgnew at 4:21 PM